India is the world’s second largest consumer of gold after China and according to World Gold Council, India imported the most gold in a decade in 2021. The gold demand has picked up last year after buying slumped during the pandemic. 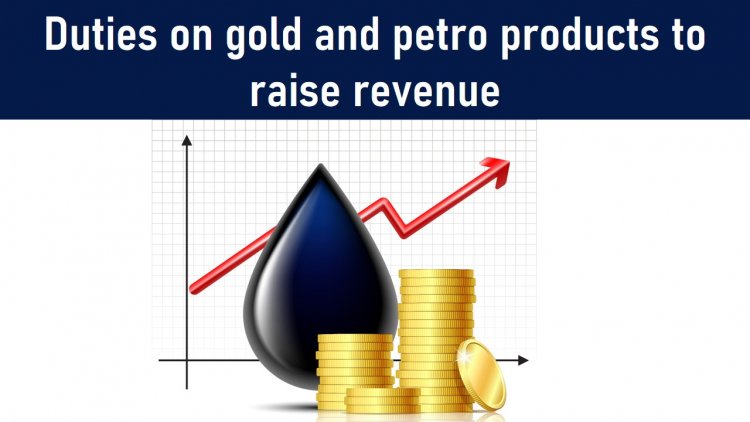 India’s trade deficit (difference between the value of its imports and exports) widened to record high of $25.6 billion in June 2022 due to import cost of crude oil, coal, gold and slower exports. Persistent rise in the trade deficit is likely to burden India’s current account deficit (CAD) which is anticipated to spike to 3% of GDP in the current fiscal from 1.2% in 2021-2022.

A higher CAD will put more pressure on the rupee which has slide to record low against the dollar in the recent times. Apart from deteriorating trade balance; stronger dollar, rising crude oil prices, supply chain disruptions amid war and covid-19 lockdowns along with international capital outflows are some of the other factors causing decrease in the value of the rupee against the dollar in the recent times. Just like in the past whenever there has been macroeconomic headwinds, government along with the central bank has always stepped in to revive the economy. Earlier this month to regulate imports and ease the pressure on the rupee the government announced several measures:

The import duty on the gold was increased sharply from 10.75% to 15% on July 1, 2022 to check the rising import of the yellow metal. Note India is the world’s second largest consumer of gold after China and according to World Gold Council, India imported the most gold in a decade in 2021. The gold demand has picked up last year after buying slumped during the pandemic.

The majority of the country’s gold needs are met by imports. Note purchase of gold has been traditionally most valuable during auspicious occasions in India like festivals, weddings. In addition, gold offers other advantages such as safe-haven asset, hedge against inflation and a portfolio diversifier. However, with rising duty government is expecting the consumption will get reduced and aid in narrowing the widening trade deficit which is pressuring local currency unit.

On July 1, 2022 the government also imposed a windfall tax on crude oil produced locally and also levied additional excise duty on exports of petrol, diesel and aviation turbine fuel (ATF). The move aim to ensure enough fuel available in the country and taxing the domestic crude producers who are accruing massive gains after selling crude to domestic refineries at international parity prices. Hence, a cess of Rs 23,250 per tonne (by way of special additional excise duty) or windfall tax was imposed on crude oil and a special excise duty of Rs 6, Rs 13, and Rs 6 per litre has been imposed on the export of petrol, diesel, and ATF, respectively. Import of crude would not be subject to this cess. This cess will have no adverse impact, whatsoever, on domestic petroleum products/fuel prices.

The government has exempted a small producer whose annual production of crude in the preceding financial year is less than 2 million barrels from this cess. Besides, to incentivise an additional production over preceding year, no cess will be imposed on such quantity of crude that is produced in excess of last year production by a crude producer. The government had said it will review the situation every 15 days to review the impact of these duty changes.

The crude oil prices have fallen in the last few weeks amid fears of recession in developed economies which could dampen the global oil demand. The brent crude prices have fallen sharply from $111.63 per barrel on July 1, 2022 to 103.71 per barrel on July 22, 2022.  With decline in the international rates, government scrapped Rs 6 a litre tax on the export of petrol and reduced the taxes on the export of diesel and jet fuel by Rs 2/litre each to Rs 11 and Rs 4, respectively. The windfall tax on crude has been reduced from Rs 23,250 per tonne to Rs 17,000 per tonne. The government move to reduce tax has been surprising but a quicker than expected move to reverse the windfall taxes which are not yet zero is likely to big relief to companies such as Reliance Industries, ONGC, and Oil India.

Never invest your emergency money in the stock market

Write down your financial goals and seek advice

Rollercoaster ride of equities in 2022 – Ways to handle market volatility...

Get the taste of the Indian food industry