RBI to introduce digital rupee from the Financial Year 2022-23

The finance minister has further added that the government has decided to impose a 30% tax on income gain due to the transfer of digital assets from the next financial year. While calculating the income earned through 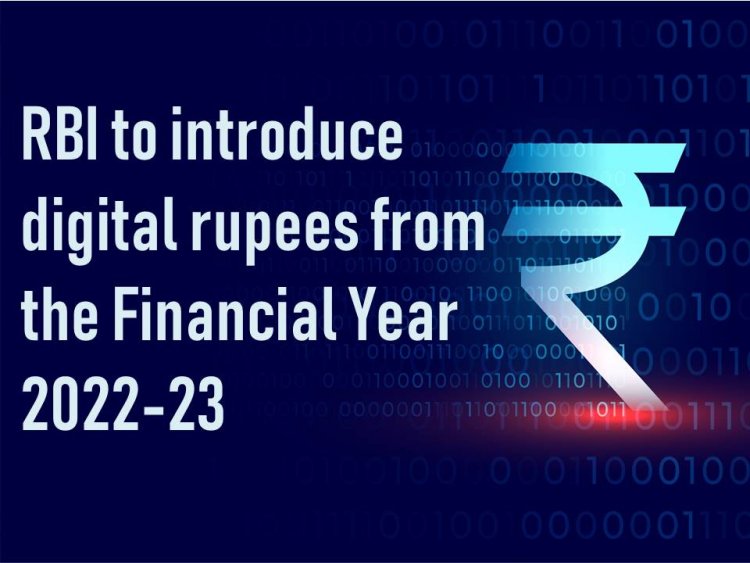 The finance secretary- TV Somanathan, said that RBI issued digital coins only will have legal backup. The RBI doesn't intend to make Bitcoin or Ethereum a legal tender as it wants to maintain strict control over the circulation of digital money in the nation. Somanathan also said that Ethereum, bitcoin, non-fungible tokens help people buy gold or diamond crypto assets. It will not have a legal backup because the parties to the transaction decide the value of those assets. If anyone incurs a loss from transactions relating to digital coins, it is a personal loss because it doesn't have legal backup. The Indian government doesn't own any responsibility for such a loss.

The finance minister has further added that the government has decided to impose a 30% tax on income gain due to the transfer of digital assets from the next financial year. While calculating the income earned through private digital coins, no deduction of expense incurred or any allowance will be permitted, other than the acquisition cost. The government has planned to have a balanced approach while framing regulations for the digital country. Any imbalance will hamper the financial stability of the nation.

Government-backed digital coins are a new avatar of the currency in the world. Technological advancement compels any country to adapt to the changes without which our economy will lag behind other economies in the world. These government-backed digital currencies promise to strengthen our economy digitally and shift back the power from individuals to the state. It is why the government has decided to ban all kinds of private digital currencies like Bitcoin and Ethereum. The introduction of government-backed e-money will also help catch pace with digital giants like China.

The government and RBI have started studies on the possible financial implications of central bank digital currency on the banking sector. They decided to take the opinion of banks because they are one of the stakeholders, and ignoring their opinion would cripple the financial sector immensely. Banks said that introducing digital currency would disrupt their relationship with the people as they are the intermediary between RBI and the people of India.

Stellar performance of the CPSE ETFs in the recent times. Should you invest?...

Keen on averaging in stock market: Evaluate the Strength and Risk Factors...

There are no good or bad stocks. The company is either good or bad. Stocks...

Impact of US Federal Reserve rate hike on India Final

Save money for short term and invest for long-term