Stagflation – A new worry to the global economy?

Stagflation is the economic situation when there is stagnant economic growth, inflation is high and unemployment is relatively higher. What are reasons behind stagflation like situation in an economy and what can be way ahead? Let’s find all the answers in this article. 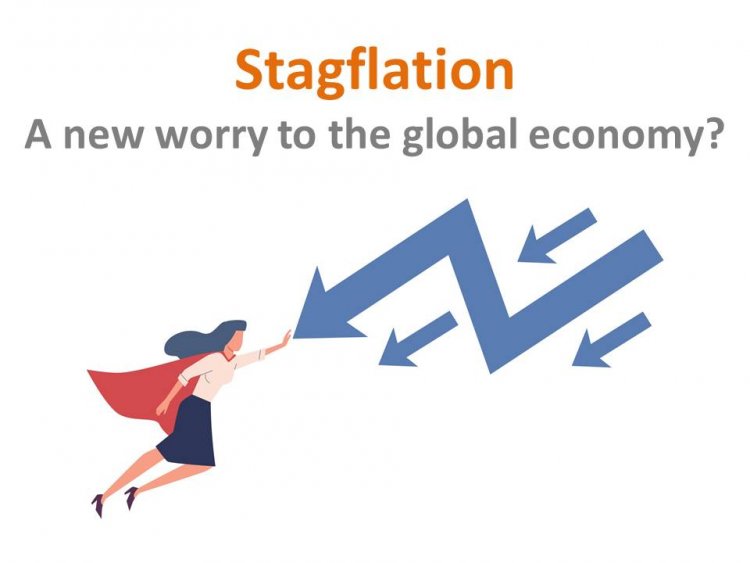 Stagflation is the economic situation when there is stagnant economic growth, inflation is high and unemployment is relatively higher.  Stagflation was first recognized in 1970s. For past so many decades we hardly heard of this term, but suddenly there is widespread discussion about the stagflation been the next big threat to the world. Why so? What are reasons behind stagflation like situation in an economy and what can be way ahead?  Let’s find all the answers in this article.

Reasons behind stagflation in an economy

Stagflation was the term used to describe the recessionary period in the 1970s when US economy saw negative growth for consecutive quarters, inflation surged and unemployment was also high.  The cause of stagflation during this phase was owing to due oil price shocks, poor economic policies, removal of the gold standard and easy monetary policy.  Now let’s move to the current economic scenario. Post 2007-08 subprime financial crisis debt ratios are very high like for instance debt to GDP ratio of several developed economies such as US, Euro area and Japan stood at 296.1%, 291.8% and 418.9%, respectively, in Q1, 2020 according to Bank of International Settlements statistics.  China’s debt to GDP ratio has also seen sharp jump from 143.4% in Q1, 2006 to 289.5% in Q1, 2020.  In addition, loose monetary policy adopted over the years to first to revive the world from the financial crisis and now due to pandemic blow have feed the asset bubbles and driven consumer price inflation creating a situation of stagflation. Despite the fiscal and monetary measures announced by the government and central banks across the globe; post pandemic if the growth does not pick up significantly in the coming years along with the supply shocks in some commodities and components like semi-conductor chips in key industries, tariff wars, protectionism, demographic aging in advanced and emerging economies, immigration restrictions in advanced economies are likely to fuel stagflation scenario in the coming years.

Why worry about looming stagflation?

Stagflation puts both the central banks and the government in a tight spot as they have a little choice. To boost the economic growth, the policy makers typically inject fresh money into the economy either by cutting its benchmark interest rate or other unconventional measures. This might help the economy to revive to some extent but note that covid-19 has already resulted in many job losses and slowdown to business causing unemployment to rise and inflationary pressure is steaming up.  Now to combat inflation rise if the policy makers start phasing out stimulus measures by hiking interest rates, doing tapering then that will trigger a massive debt crisis and severe recession. And if they maintain loose monetary policy for the long time then there will be risk of very high inflation which can further hamper purchasing power of people and slows down demand and could lead to recession. So whenever actual threat of the stagflation occurs, central banks across the globe need to take tough decisions and strike a balance between growth, inflation an unemployment.

There is no clear cut and easy solution for stagflation. Economist believe that stagflation can be cured with the supply side economics wherein there is increase in aggregate supply by policies such as deregulation and privatization which improves efficiency and reduces costs. When this is attained over a period of time then central banks can consider tightening monetary policy.

Pandemic led economic slowdown and gradual increase in inflation has been painful and called for bolder policy moves in last two years.  Stagflation and higher debt ratio could make situation difficult.  But remember stagflation is not the immediate threat and over a period of time central banks just like in the past will deploy tools and announce measures which may not make the situation worse.

The best way to make money is to understand your needs and investment...

When money realizes that it is in good hands, it wants to stay and multiply...

Pros and Cons of cryptocurrency